Susy Parker is an Author and Blogger based in Perth, Australia. Her daughter Sarah, was diagnosed with ADHD, Anxiety and Oppositional Defiance Disorder (ODD) when she was six years old. Susy chronicled her family’s experience in her book “Saving Sarah: Learning to live, love and laugh with ADHD” which was just published in January 2017! She shared her story with us in hopes of reducing the stigma and misunderstanding of ADHD and to let other moms with ADHD children know they aren’t alone.

When Sarah is happy, she lights the room up like sunshine rays; always dancing, singing and making up songs and dance routines. She has a deep love for crystals and saves up her pocket money to buy them; they are always on her birthday and Christmas wish lists. I think she has about fifty now, she’s been collecting them for years, but it’s only recently that I’ve noticed the huge connection she has with them! When Sarah swims she spends most of the time underwater – she’s our real-life mermaid! And whenever she wishes on a star; the wish is always the same – to be a mermaid!

How did you find out your daughter had ADHD?

Sarah was always different, even from a young age. I was always the Mum that was asked to re-think bringing her to the baby music class or the rhyme time class as she was so disruptive. Then there were the regular meetings with nursery teachers and school teachers. She was our first child, so we didn’t know any different, but when our second and then the third child came along, we started to wonder whether something was wrong? Even now, saying the word ‘wrong’ feels so unkind, but that’s honestly how we felt at the time. It was when we emigrated to Australia when Sarah was six years old that we really noticed how different she was from her peers. Sarah was quite behind in both writing and reading, and we were struggling to parent her at home. A friend recommended a psychologist who had a keen interest in play therapy with children. Sarah began weekly sessions with the psychologist, and after ten sessions she diagnosed Sarah with ADHD and anxiety.

What are some challenges of raising a child with ADHD and what strategies do you turn to?

One thing Sarah struggles with is change and transition. So, for example, holidays are always challenging, leaving a place, going to bed or going to school are difficult. Just at the moment of going to bed, leaving for school or leaving the park; Sarah will declare that she needs to get something or do something. Before bed she will suddenly need to grab a glass of milk, find a book (that’s been missing for months), find her teddy (that she hasn’t cared for in over two years) it can be anything and so frustrating. When leaving the park or a friends house, again just at the point of leaving she will insist that she has to show us all a gymnastics routine or point blank refuses to leave. It’s very hard as a parent, but we have learned to give her extra time. We ask ourselves; “is this worth it”? Sometimes she only needs an extra ten minutes, but allowing her that time, helps to keep the situation calm.

We have learned that positivity, reward and love works for Sarah over negativity, time-outs and shouting. From the age of two we used the naughty step, and when Sarah got older, we used time-out in her bedroom. I’m also embarrassed to say that we spent a lot of our time telling her off, telling her to stop and we were struggling to connect with her and show her love. She’s an intuitive little soul and the more she felt this, the more she rebelled and became defiant. Once we changed our parenting, spent more one-on-one time with her, showered her with love (even when we wanted to scream at her), stopped the time-outs and negativity, the more we saw the little flower blossom. 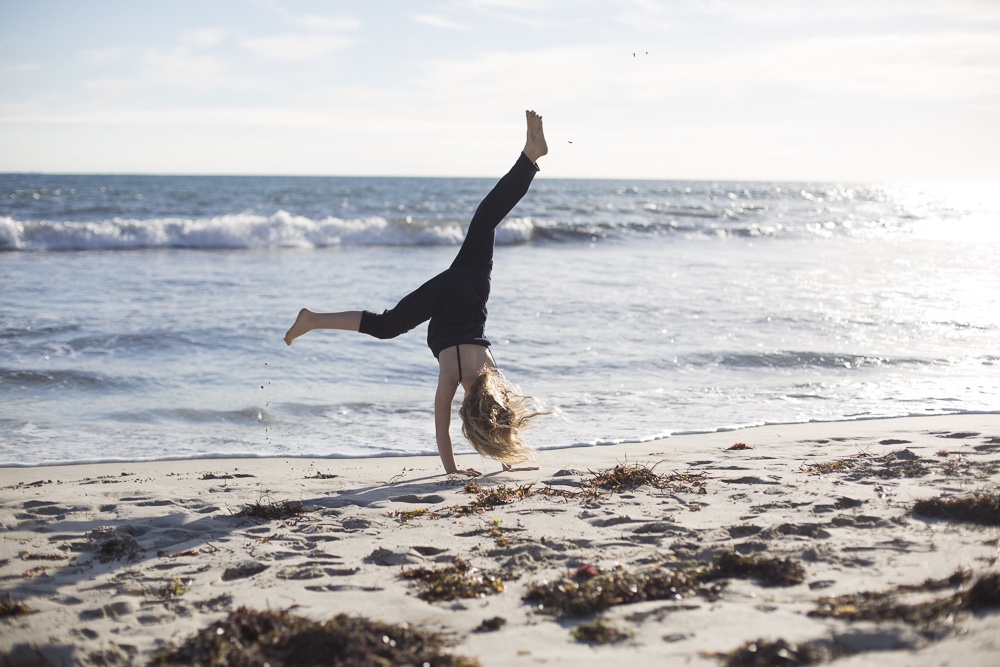 What are some reasons to celebrate having a child with ADHD?

ADHD is described as three main things; distractibility, hyperactivity and impulsivity, but if you turn each one into a positive; you get curiosity, creativity and high energy levels – how much cooler does that sound? I learned this after I started following the work of an excellent psychiatrist and New York Times bestseller, by the name of Dr Ned Hallowell. Ned also has ADHD, but for him, he’s been able to turn it into his superpower! Now instead of getting annoyed that Sarah notices everything, touches everything and often has the attention span of a gnat; I’m now so inspired that she has such wondrous lust and love for this planet and everything around her. Instead of getting cross with her impulsivity, I now embrace her creativity and out-of-the-box thinking. And instead of her boundless energy exhausting us all, we now go outside more. We let her run, climb trees, swim; and we are all healthier for it! And lastly, her hyper-focus is incredible! We took a long time to discover what she loved and what she could hyper-focus on (other than TV). We finally realized last year that she loves lego and jigsaws! Sarah can often be in her room for hours and won’t stop until she’s finished the lego set or jigsaw (which as any ADHD mama can appreciate this quietness is golden)!

What advice would you share with other mums of ADHD children?

I would encourage them to start believing that their child is here to teach them something, and to start to believing in their child and themselves. I would also encourage them to stop listening to all the negative noise about their child, and to realize that even the experts don’t always have the answers.I would remind them that we are women; we are strong, powerful and intuitive and we need to listen to our guts more! And finally to immerse themselves in websites, articles, blogs and videos that only talk about ADHD as a positive thing. 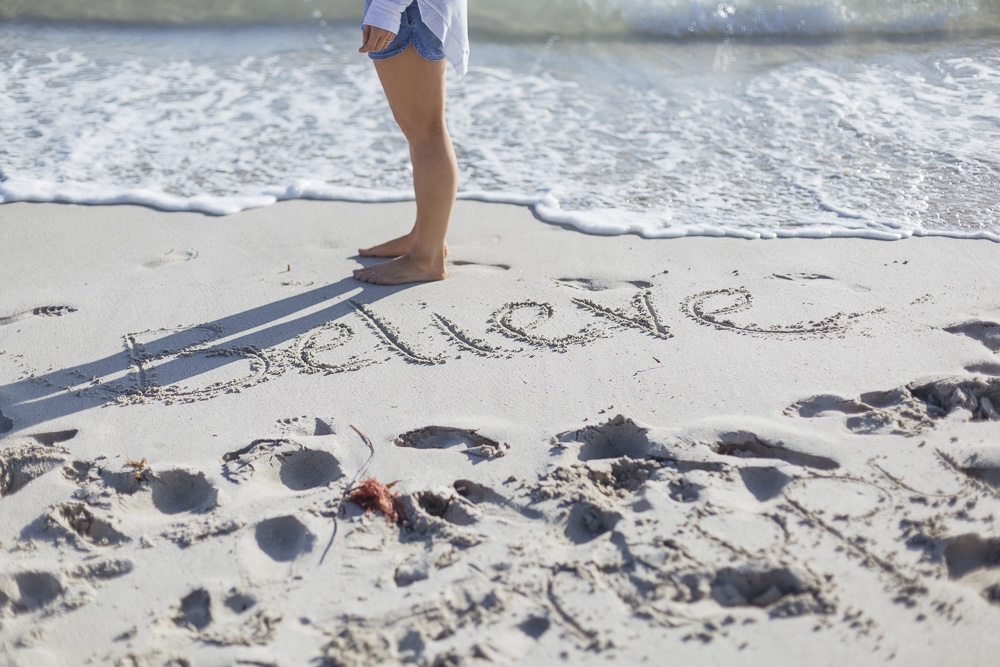 What inspired you to write a book about your experience raising a daughter with ADHD?

After Sarah was diagnosed, I decided that I’d learn everything I could about ADHD. I read every book, joined internet forums, Facebook groups and spent hours and hours researching the condition. The one thing that always played over and over again in my mind was: “How can some of the most amazing artists, musicians, writers, actors and entrepreneurs have ADHD and be thriving in life”? I was determined to study this and find out why some people could thrive in life with ADHD and for others, it was their downfall. We tried every natural remedy available for ADHD, and at one point, I even gave Sarah marine-plankton before school (think bright green pond water). We also tried various types of medication, saw different experts and tried numerous types of parenting. I kept a diary for 18 months after Sarah was diagnosed and I felt that if I incorporated this, plus a journal of everything that had worked and not worked for us; it could help lots of other parents.

I wanted to reach out to other Mums and let them know that they weren’t alone. 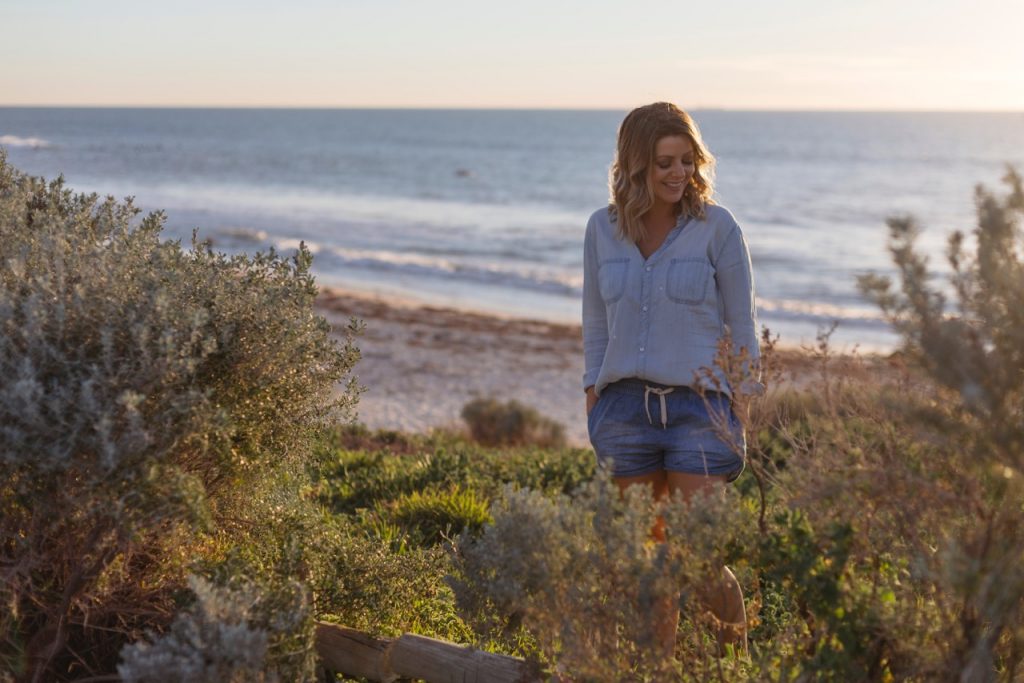 I’ve written poetry all my life, but never a book, so I honestly didn’t know where to start! I remember one day we’d been on holiday to Margeret River, which is south of Perth. We were just on our way home when we stopped off to grab a couple of coffees. My husband was driving, the kids were fighting, but with coffee in hand and laptop on my knee – it suddenly came to me. I started banging out all these words on the keyboard (I’d taken my laptop on holiday to write but had failed to write one word). The drive home took about three hours, and during that time I wrote about 5000 words. From that moment, I had a passion for writing and once I started; I couldn’t stop. I was a full-time Mum at the time, so with three little ones I knew it would be hard to write in the day. I decided that I would wake up every morning at 5 am to write the book. I also used write every time we had a long car journey and some weekends (thank you husband for taking one for the team). Saving Sarah took me three months to write.

I have never been diagnosed but I’m quite convinced that I have ADHD! I feel that there are so many amazing, talented people mumbling through life feeling overwhelmed, anxious and a failure because they aren’t the same as everyone else. I struggled with this my whole life and subsequently, dropped out of school as I couldn’t concentrate and was repeatedly reminded of this. Honestly, how much can you learn when you spend most of your time outside the classroom? I moved from job to job in my twenties and then in my thirties, I hid behind my children, feeling that my only passion in life was them. It was only during one of the hardest times in my adult life that I realized I could write. I learned that my words could touch people and I had an ability through my darkness to connect with people; just by being myself. I’m pretty convinced that I have ADHD; I tick every single box, although I’ve never been diagnosed. Discovering who I am has enabled me to help my daughter realize who she is too; which I feel is only a positive thing. If I can help her to be proud of who she is, to not have to stand outside the classroom because she’s misunderstood or to be embarrassed that’s she different; then that’s incredible. And finally, it’s definitely on my 2017 to do list to be evaluated for ADHD – I’m actually quite excited about it!

Susy’s book  “Saving Sarah: Learning to live, love and laugh with ADHD” is now available on Amazon, iBooks or Kobo. You can also learn more about Susy and on her blog.

Are you raising a daughter with ADHD? Share your experience in the comments section below.