Like many famous actors before her, Shae Lisa has ADHD and several learning disabilities but she always finds ways to turn challenges into opportunities.  She is currently vlogging her journey through her senior year of college as a way to encourage other young people to never give up.

When you were diagnosed with ADHD, how did you feel?

It wasn’t easy for me when I got diagnosed. In fact, I resented the diagnosis. I didn’t want to be known as the girl with the mental disorder. It was hard for me. It didn’t seem like an answer, to me at the time, because I was young and didn’t really understand. There were so many things going on at the time. School was hard for me, and I had just moved from California to Texas. I think all the change just wasn’t good for me and was hard for me to swallow. Things were way harder for me when I was younger and I had to learn and grow from what was going on.

I would advise my younger self to just be confident. Keep pushing because things work out in the end. Embrace your ADHD because it’s a part of what makes you who you are. 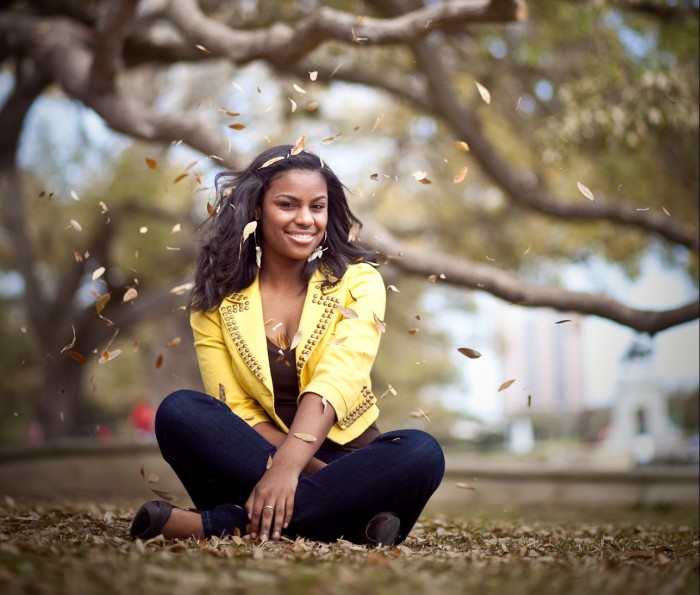 How did you overcome the struggles that came along with your diagnosis?

My parents played a big role in helping me. Especially when it came to school. I would sometimes be worried about a bad grade – but I would study my butt off. Even if I came home with an F they would say to me – we saw you studying, we say you trying hard, and so we’re proud of you. So that meant a lot to me to have them in my corner when I would think that they would be most upset. I also struggled with other things like depression and other health related issues and that was a whole lot to deal with too. That’s actually how and when I started YouTube. It became kind of a resource to help with all of those problems. It was a way for me to talk things out.

What would you say are your 3 ADHD superpowers?

My creativity. Like my YouTube videos are just me sitting down and being myself, but people like it. I think its cool that people like my personality the way that it comes through a camera. YouTube for me is a way for me to let out that creativity in myself.

I’m also really encouraging and supportive. I love lifting people up. One of my friends is a poet and I told him the other day “I wouldn’t be surprised if you’re a ghost writer or something”. He’s just so good! I’ll always be one of those people in your corner pushing people on because I love seeing people do and be great.

Spontaneity would be the last one. There are just things that I like to do that I think other people would be a little hesitant to do. I’ll call my friends up in the middle of the night and say, hey – lets go out and go to the store or get milkshakes or something and they will be like you’re crazy, but okay – lets do it! So its just those little things that I find to be simple that pushes and moves other people to come do these things with me!

Now it’s your turn! Share your story and join us in dispelling the stigma around ADHD.