Kelly Dooley is a social activist, entrepreneur, business owner, the founder of Activewear company BodyRock Sport. She skyped with us from a recent visit to NYC to share her ADHD story.

Can you tell us a little about your diagnosis story?

I always thought that there was something wrong with me. I’d be sitting next to my ex, he’d be watching TV, be all frustrated with me, because I couldn’t focus on whatever show with him, and I’d be frustrated with myself too, because I want to be able to, I just can’t. And then, at 1 point, I thought, “Maybe I am crazy.” I got a brain scan at the Amen Clinic and it indicated that I was perfectly sane, but that I have severe ADHD. And it was like “Oh my gosh I finally make sense to myself.” I didn’t feel so bad anymore, because I realized it wasn’t my fault. I used to be kind of like a doormat for everyone to just stomp their feet on, and in the past year I’ve learned to just completely separate myself from any negativity, and it’s done wonders for me because my heart feels so much lighter. Life’s too short, why be around that? 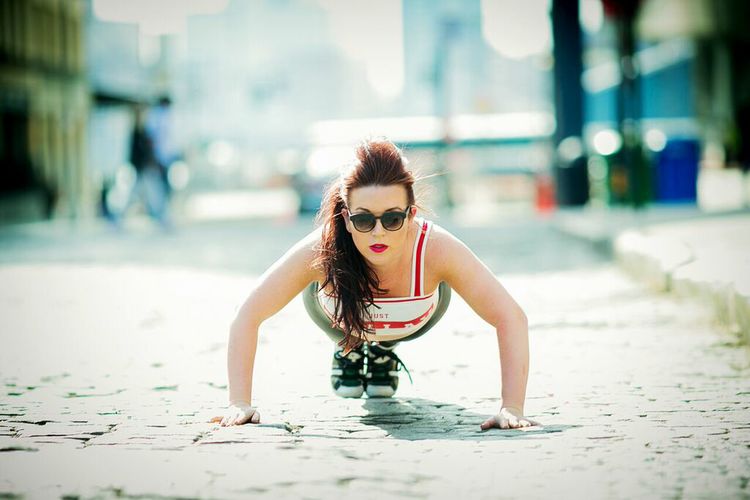 What inspired you to start your activewear company BodyRock Sport?

I was training for the Walt Disney Marathon in 2009 and I was looking for the perfect outfit.. I’ve always been really into fashion and I was hoping to find a sports bra that had a pocket. I was searching the world high and low, I even had a fanny pack at Gucci in hopes that that would work, but it was flopping around too much. I get to the race and I was at the expo searching for a bra and I thought of all places to find a sports bra with a pocket would be at a race expo, and sure enough I couldn’t find it, so that’s when I had my “aha!” Moment.

I thought, “You know what? I need to create a line of sports bras for women like me.”

I wanted them to be kind of like gems that could be worn from day to night, that were all bedazzled with crystals, but that contained different functions that women need. So rather than spending 50 bucks on a bra that you hate, why not have a bra that you love and that you can run in, go on a date in and do whatever you want in it?

Once I got back to New York city from the race, I started working on the concept and the branding. I had a few friends at the time in the fashion industry so they helped point me in the right direction and show me where I could get prototypes made. I launched the first collection in January 2010. I was really about 3 years ahead of the curve, because at the time no one was really doing fitness fashion, and now fitness fashion is everything, that’s what people live in.

It was really interesting being considered an innovator in the industry because I really am responsible for being one of the first, and it was just based on a void in the market.

From there I expanded and came up with a few crazy marketing ideas. I came up with a bra called the Trenta bra which was marketed as the world’s most expensive sports bra. That went completely viral. Pink ended up buying it. Then I did another bra called The Eternal Love bra for Britney Spears, she wore that with a pair of my leggings for her Twister dance video, that went viral, that was a $20,000 bra. The purpose was not to get women like you and me to buy $20,000 sports bras, it was to get you to my website so you buy my $70 sports bra.

What impact do you hope to make through your work?

It was really important for me that the company be all about empowering women and making them love the skin that they’re in. The tagline was look good, feel good. If you look in the mirror and you feel fabulous, then you’re going to have a great day, you’re going to have a great race. I can’t tell you how many customers I had that said the Swarovski crystals gave them power during their race, because it gives a little extra pep in your step. It’s not different than if you’re getting dressed up for a date and you put on a pair of heels. Or you go in a business meeting, you’re going to wear your red lipstick that day. You can do what you’ve got to do to give yourself the confidence.

How has ADHD proven to be an asset for you as a business owner?

My ADHD has really served to be a huge asset, because when you’re running a company there’s always going to be problems and you have to be able to barrel through them. My mantra is, “Expect problems and eat them for breakfast.” With having ADHD I’m able to do that, because obviously I have focus problems so I’m comfortable with always juggling. Once I got my diagnosis it all made sense to me. I’m like, “Oh, no wonder why I’m able to go at full speed 24 hours a day.” As I’m making dinner, I’m able to have a phone interview and fold the laundry. It’s normal.

What advice would you share with other women with ADHD who are business owners or who are thinking about starting their own business?

The number one suggestion I have is to learn how to delegate and to do it well. It’s okay if you’re not good at certain things. I’m terrible with money. I don’t like talking about money, I don’t like asking people for money. I hate sending invoices to my clients, I just hate it, even if it’s for $10, so I know that I can’t do that, someone else has to send that stuff for me. I’m the creator, I’m the creative, I’m a business lady, but more than that I’m a relationship builder, and I’m just not a numbers person.

There’s no need to fake it till you make it with stuff like that, you just need to be honest with yourself. 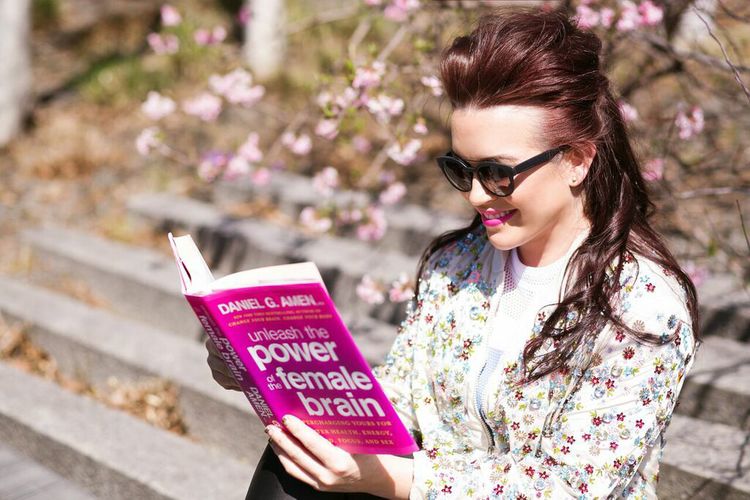 Do you have any favorite ADHD resources or strategies?

I mostly do everything natural. I have an Adderall prescription, but I don’t ever really take it. I try to keep to a low-glycemic diet that makes a real big difference. Also I do a lot of high intensity interval training which creates more activity in the frontal cortex where all the problems are, so those are the 2 main things that I do. Then I take a lot of natural pills, L-Tyrosine, 5HTP, and Magnesium. For me that formula works, and I don’t like to depend on prescription pills if I can help it. The diet and the workouts make a really big difference. I can tell the difference when I don’t do it.

Which ADHD traits have contributed to your success?

I’m really creative, I always have been. I’ve always thought outside the box and I’ve always had ideas that other people don’t have or I’ve always been able to provide people with things that they don’t realize that they need, and then once they have them they don’t imagine what their life was like before it.

I would say primarily just being really adventurous and being willing to take a risk are the main factors. I’ve always been really adventurous, since the time I was a little girl, I was always like eating sushi when I was 5 and travelling, and going here and going there and I was very competitive in school.

I’m so hyper all the time, I love experiences. That creates a rich life, and a rich life creates a creative mind, so it’s kind of like an ecosystem.

I started travelling when I was a little girl. I have seen the world 10 times over and I’m constantly inspired by the things I see outside. I was just in Thailand and I took gazillion photos of all the interesting fruits and who knows those fruits could be prints for my new line, like you never know where you’re going to draw inspiration from, and I know so many people who just sit around and watch stupid TV shows all day and don’t really do anything, they have no desire to, and I’m the exact opposite, so I’m grateful because I know it’s the ADHD that makes me that way, because I can’t sit down.

As a risk taker, how do you bounce back from failure?

I always loved to be the one that won. I’ve failed many times in my life, but I always figure it out and I don’t really believe in failure. You don’t really fail until you quit, although even then sometimes quitting is necessary. Like in my last relationship, I don’t believe in divorce, I didn’t want to get divorced, but sometimes you get to a point where there is really no other choice, you have to do what’s best for you, and sometimes that applies to career and self-worth as well. 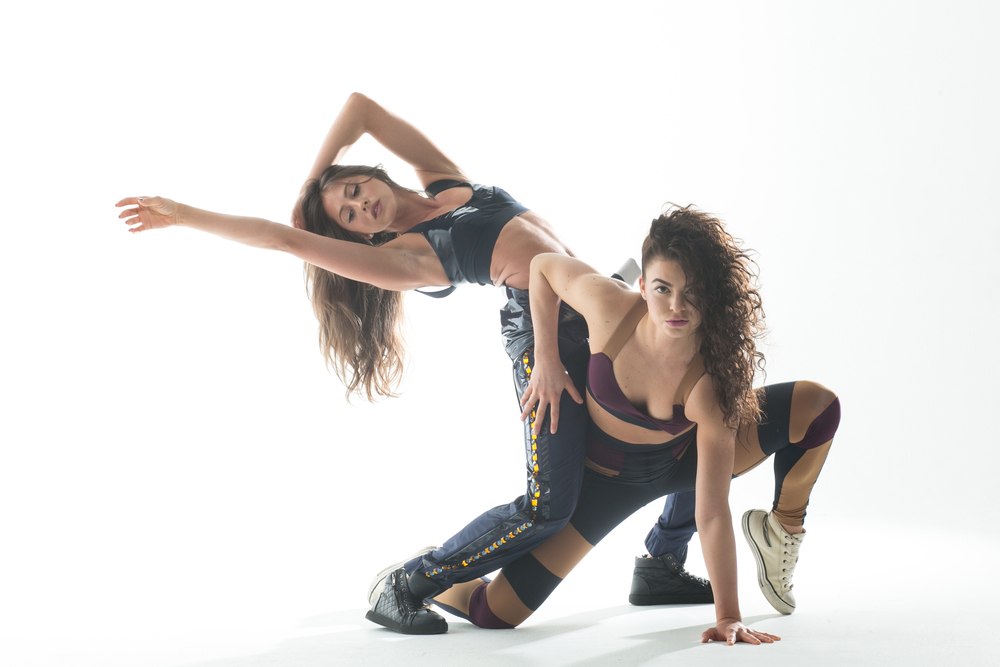 We all have those days where we feel down, how do you stay positive?

I just try to kind of go into my zone and I read a lot. I would say reading is and working out are my biggest outlets.

I’ve been through a lot in the past year and if I didn’t have a positive outlook on life, I don’t know if I’d still be here. I’m very much a glass half-full type of woman and you’ll never see a complaint on my Facebook account about the traffic or, “Oh, I’m sick” or whatever, that’s just not me, because there is so much of that crap in the world that I don’t want to be part of that.

I truly believe that your vibe attracts your tribe. I lost a lot of friends recently, but these aren’t real friends, and the people that I really, really love are in my life and they will be forever, and I’d rather have 5 amazing, incredible, genuine friends than a bunch of haters that are talking about me behind my back, like no thank you.

If you could send 1 message what would you want the world to appreciate about women with ADHD?

I think that women with ADHD are really diamonds in the rough. We’re very passionate and we’re creative, and bear with us, we think in a very different way, and it’s maybe a language that you’re not fluent in, but it’s the most beautiful language in the world, so just embrace it. Just because we may think in a different way, and just because we may not be able to sit down and watch the Simpsons with our boyfriends, doesn’t mean that we don’t have beautiful minds. In fact our minds are more beautiful.

Now it’s your turn! Share your story through the Kaleidoscope Society Project and join us in dispelling the stigma around ADHD.  Participate here.